What happened to the Yr 12 Jersey? 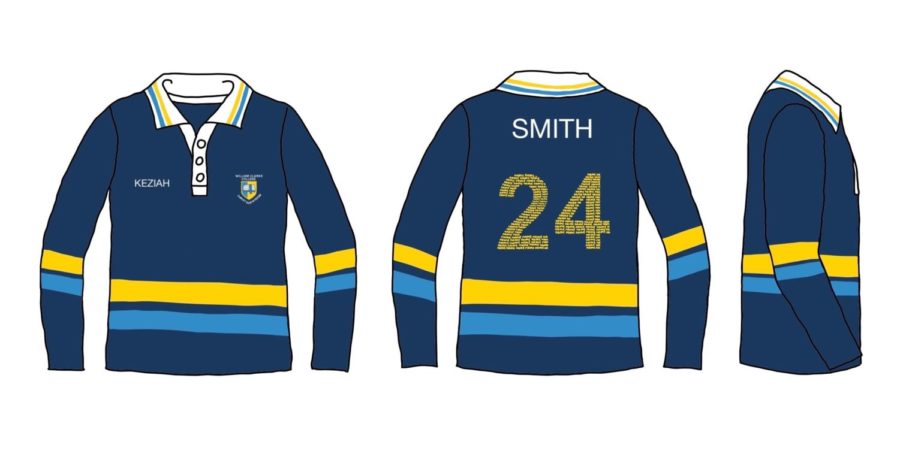 Uniform, “the distinctive clothing worn by members of the same organisation”, or in our case, the same school. Over time, the college has seen many changes in the uniform worn by both primary and secondary students. From teal dresses in primary school and differing shirts for the middle and senior schools in the 2010s, to the recent shift in corresponding uniforms amongst both primary and secondary school. The uniform “helps students identify with and have pride in their membership of the college”, and as we all know, teaches us how to remain presentable and well-groomed.

Year 12 marks the last year of your schooling journey. It is a special and memorable year for those graduating and one to be recognized by the wider college community. One way William Clarke currently acknowledges the achievements of Year 12 students is the infamous Year 12 cardigan, which was first introduced in 2013. The cardigan provides Year 12s with an opportunity to uniquely identify holistically as the graduating class. But why a cardigan? Well according to those apart of the “Uniform Committee”, the cardigan is a more neat and presentable option, unlike the popular Year 12 jersey which was sadly left behind in 2012.

Despite the favoured idea of a Year 12 jersey amongst lots of students, the school continues to stick with the preppy, knitted cardigan. And whilst it may be a unique option which separates us from other schools, why the quaint cardigan?

The idea of the Year 12 jersey, which includes comical nicknames with the two associated numbers plastered across the back, is engrained in Aussie school culture across the country! Even other private schools such as Rouse Hill Anglican College and Barker College have jerseys for their graduating classes. Jerseys are a youthful garment in comparison to the cardigan. Although the cardigan is mature and smart, a jersey would hold great longevity beyond the school grounds. As a jersey is a more practical item of clothing which could be worn daily after students graduate, it would provide alumni with the sentimental chance to carry on their legacy at William Clarke College and be reminded of their achievements during their school career. Even something as small as wearing it around the house! If Year 6 are allowed to have a jersey celebrating the end of their primary school journey, why can’t Year 12!

On top of that, the jersey would provide a more versatile and flexible option of clothing for year 12’s. Many would agree that the ‘unique’ cardigan favours the school uniform rather than the PE uniform. Why not create something that will suit both uniforms? The idea of owning a jersey that represents school achievements can become a universal piece of clothing for all students. Whether that be co-curricular shirts or sports jerseys and hoodies, recognisable pieces of clothing for achievements hold a high significance. The year 12 Jerseys can become unisex and all-embracing, unlike the current cardigans where some say it favours the girl’s uniform over the boys.

Furthermore, after speaking to William Clarke College students with alumni siblings, from as far back as the class of 2017, many stated that their siblings haven’t worn their Year 12 cardigan since high school.

Overall, many students appreciate the formality and simplistic design of the cardigan, but it would be great for students to have the option of a jersey too! What are your thoughts on this idea? Do you prefer the idea of a cardigan or a jersey?

NB: the author(s) of the article wished to remain anonymous, thus the article has been written under the official We Are anonymous pseudonym.

We Are Editorial Team