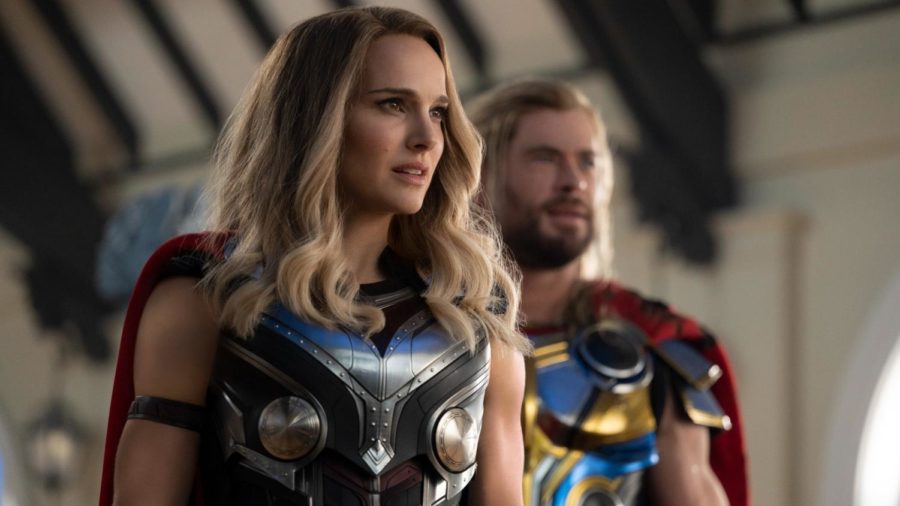 The Taika Waititi-directed movie “Thor: Love and Thunder” is considered to be a reputable asset to the Marvel cinematic universe. It is simple, personable, and direct. Its obviously sentimental connections and a sanctimonious sense of purpose are tempered by the wry spirit of Saturday morning cartoons, if not the silliness. The plot also has a refreshing clarity and simplicity.

There is no darkness in the melodramatic shadow of mortality that dominates the action in “Thor: Love and Thunder”; instead, it is as vividly coloured as the film’s flashy C.G.I. When the characters that Marvel swept off at the conclusion of “Avengers: Infinity War” showed up again in “Avengers: Endgame,” it lessened the impact of death. Waititi, the Holocaust comedy “Jojo Rabbit” filmmaker, has redirected his obvious skill for minimising trauma. Jane’s illness serves as a convenient cover for the broken-up couple’s sentimental reunion, for the clichéd life lesson to “never stop fighting” (as if Marvel’s superheroes wouldn’t instead retire to their country homes and pen their memoirs), and, yes, for yet another sermon on the promise of the afterlife.

The whimsical simplicity of the hagiographical skit is a glimpse to the sarcastic antics that a less restrained comedy of the gods would have to offer. It hints, unintentionally, to the skeletal histrionics that a C.G.I. spectacular depends on as well as the cast’s constriction caused by a reverently dogmatic drama. Stars abound in “Thor: Love and Thunder,” which also has some of the best actors in the business. However, it treats them as though they are cardboard cut-outs of themselves, lacking any sense of authority and presence. The film frequently feels more like animation than a live-action feature due to the abundance of computer graphics; one must strain their eyes just to make out the performers among the artifice.

The action in “Thor: Love and Thunder” has its moments, especially early on when Thor stops two motorcycle attackers by performing a mid-air split during a stunning martial arts routine. There are some absurd side stories including two enormous screaming goats, and Korg frequently gives history by telling stories over a campfire. The action in the movie is accompanied by the iconic Guns N’ Roses needle-drops, which is a pleasant break from the typical brass-and-timpani blare of war scenes. The band is even mentioned in the plot. The movie’s disconcerting fusion of martial bravado and faith-based confidence is made all the more apparent by the genuine enjoyment of hearing the powerful old melodies in the context of new scenes of fighting.

The God of Thunder has four solo movies under his belt, making him the first Avenger to achieve this. Whether there will be a fifth film is unknown, but based only on Love and Thunder, Waititi and his mighty Thors are more than deserving of a sequel.