Tour of a Lifetime 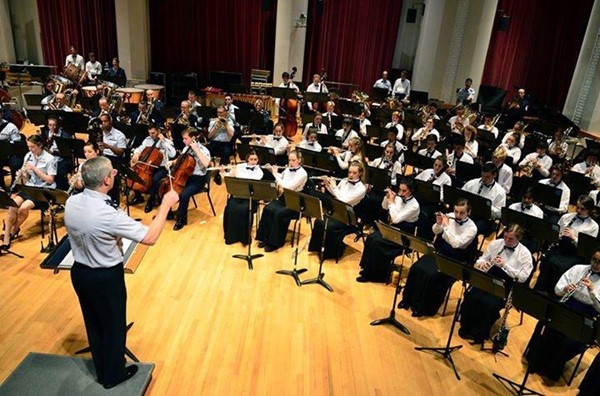 At the start of the holidays, students in William Clarke’s Symphonic Wind Ensemble were excited to embark on a long awaited tour to play for a series of primary schools in Port Macquarie.

Shortly after their win at the Sydney Eisteddfod, these students were ready to take their music to the next level – giving back to the community. The three-day tour featured performances at primary schools as well as a series of workshops with local primary students which the entire band loved.

At 8:00 AM on a cold morning early in the holidays, the group of students lugged their instruments onto the bus, accompanied by Mr. Cavenagh, Mrs. Sidney, Mr. Staines, and Dr. Marsh. Enthusiasm was low in that early morning start, but the four-hour bus ride to Port Macquarie allowed plenty of time for the students to get themselves excited for the string of performances to follow.

This tour had been in the works for years, with a huge thanks to Mr. Cavenagh for his hard work in preparation for this exciting event! Unfortunately, the tour had been delayed again, and again and … again, after previously being cancelled – for the bushfires and COVID. Just when they thought they had made it, the teachers strike left our band with no school to play for on the last day. Yet we were fortunate enough to catch a last-minute gig for a local Christian school, and then were on our way!

After plenty of karaoke on the bus led by Callum T, the pent-up energy of the band was ready to be released as they arrived at the first school – Hastings primary school, where they performed well for an enthusiastic group of primary school kids. The band played a wide repertoire of songs by both Australian and International composers, including A Salute to American Jazz, Selections From The Lion King, Synergies, all led by Mr. Staines. The one-hour performances showcased each of the instruments for our primary school audience.

The following day, the band returned to the school, where they worked with the students to help them with some of their songs and teach some new songs for the day. The morning’s work culminated in a small performance for the primary kids before the band returned to their accommodation, where everyone showcased their efforts in a hilarious talent show, including a performance of Beyonce’s Single Ladies, a marching band with cereal boxes and drumsticks and some stand-up comedy.

Later on in the night, the band returned to Tacking Point Primary once again, performing for the local community. The local lions club even put on a barbeque for everyone to enjoy! Not only did Callum T lead the band in his backseat buss karaoke, but also had the chance to make a feature performance when he conducted the entire band for a song called Tales of the Sea, which the primary school kids certainly enjoyed.

They finished off our tour performing for an audience of secondary students at Heritage Christian college which again, the audience really enjoyed.

As a whole, the trip was a wonderful experience for everyone, and a great opportunity to work with the local primary school kids in their band programs.

Here’s what some of the band members had to say:

“We played well until Callum got to conduct” – Anson L

“The SWE tour to Port Macquarie was a really great opportunity for me to try out a whole range of new experiences from around the band – from playing Euphonium to conducting. In saying that I will be gladly returning to the trombone from now on” – Callum T

“A most enjoyable experience. Playing together as a band was time valued by each and every member of the band on tour” – Christian T

It was clear that everyone in the band absolutely loved the special opportunity to perform and would love to do it again.