Grade of Origin: The Decider 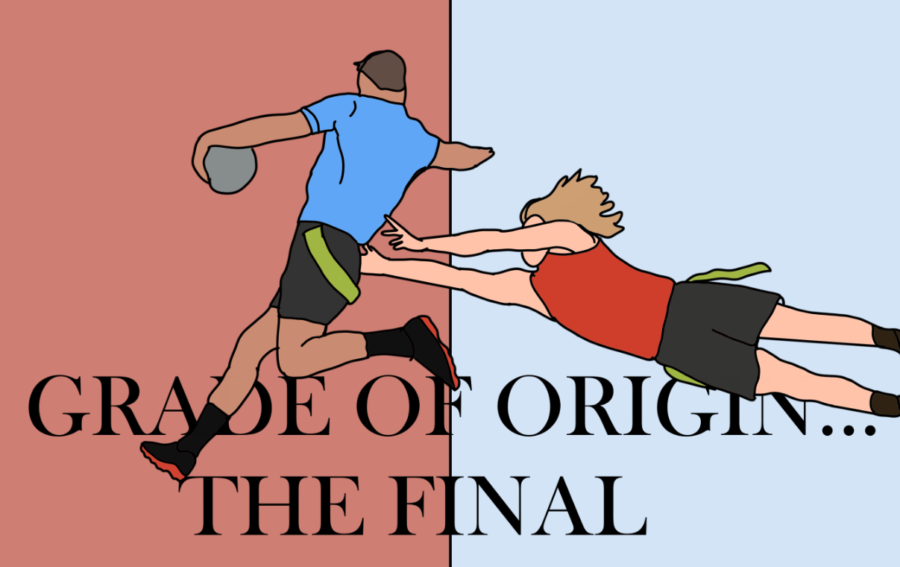 Grade of origin was a thrilling event which was comprised of remarkable performance, support, and spectators. It started off with a nail-biting netball game which was split by only two points, followed by a surprising soccer game which scored 2-0, putting the year 11’s and 12’s even in the playing field.

Then finally, it was time for game 3 where both year 11 and year 12 assembled outstanding teams in hopes of bringing home the title. And here is how it went…

June 15, game day! It was a fine winters day. The sport of choice was Oz-tag, a fan favourite, and a true classic game to play. The year 12’s were feeling the pressure of undefeated record book in grade of origin but no doubt we were confident. The oz-tag game began promptly at 12:52pm, year 12 were fired up and year 11 were 100% shaking in their boots. There was an extremely rapid start to the game where year 11 managed to snag a clean try, respectively year 12 quickly responded with a magnificent try of their own proving their pure gameplay excellence. Both teams slowly turned up the pressure as everybody warmed up to the occasion, many great runs were made, and a few brilliant tries scored left the first half sitting at 2-3 year 12’s way.

The teams swapped sides, as anticipation grew for the final half of 2022 Grade of Origin. The second half was very fast paced resulting in a few mistakes from both sides and a couple of appropriately called sin bins, called by the honorary referee, Mr. Storie. Moving into the final 10 minutes the score was 6-4 year 12’s way, making it a relatively close game. Both teams scrambled for opportunities to score, and everyone was on the edge of their seat. The supporting teams cheered on and both teams gave it their all, tragically in the dying minutes of the game an unfortunate run left a year 11 injured, wrapping up the game slightly early leaving year 12 with a well-deserved win.

Overall, the series of matches were great to both watch and participate in and the new array of sports added enjoyable variation to the series. Year 12 remain as the champions of Grade of Origin and hopefully the year 11’s can redeem themselves next year as they take up the year 12 mantle.

After giving the year 11’s a glimpse of hope at winning, it made the victory a whole lot sweeter.