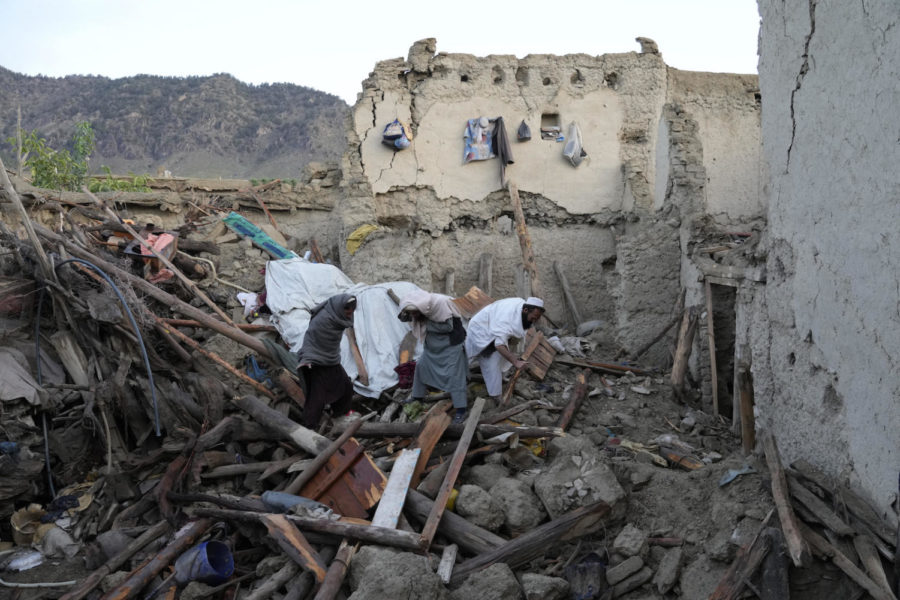 Just over ten months after the nation of Afghanistan was rocked by the withdrawal of United States military aid and subsequent establishment The Taliban, Afghan citizens have once again experienced a major tragedy, this time in the form of an earthquake.

On June 22nd, a 5.9 Magnitude earthquake struck Eastern Afghanistan, killing at least 1000 people, and injuring over 1500. The earthquake was most damaging in the province of Paktika, yet tremors were felt as far away as India and Pakistan. This natural disaster was recorded as the deadliest earthquake to hit Afghanistan in two decades. The earthquake was seen more lethal as it occurred at a local time of 01:30, causing poorly bult and unstable houses in rural areas to injure and kill sleeping civilians.

Unfortunately, general aid has proved quite difficult for not only Afghanistan, but the Taliban and international community. Prior to the Taliban’s takeover last year, 80% of the nation’s budget came from foreign Governments and institutions such as the US and Canada. Since the Taliban’s acquisition of power, this funding has disappeared, as countries such as Canada have labelled the Taliban as a ‘terror’ organisation and therefore will not financially support Afghanistan, resulting in their worst economic crisis in over 20 years.

Consequently, this lack of financial aid has resulted in a severe undersupply of equipment and aid from the Afghan government, and an ethical dilemma for the international community. International organisations such as WFP and UNICEF, along with nations such as Australia, struggle to provide much needed aid to Afghans in need, whilst also being careful not to fund the Taliban.

Despite attempted aid, the United Nations Office for the Coordination of Humanitarian Affairs estimates around $110 million USD is needed in order to help the 362,000 people in need of Aid. Currently, the aid received is far less than this, and many wonder if this number will be reached. The Afghan Australian Development Organisation President Jack Fristacky, has cited this earthquake as evidence that withdrawal of foreign aid into Afghanistan since the formation of the Taliban Government has had more impact on Afghan citizens rather than the Taliban, and says “This earthquake underlies why economic sanctions against the Taliban should be eased.”